Slash has joined Gibson, the world’s leading music lifestyle brand, as Global Brand Ambassador, the first such designation in the company’s history. As part of the new role, Slash is highlighting the music lifestyle of Gibson with a series of new signature products and exclusive content that will be released throughout the year.

Slash embodies Gibson’s values of quality, prestige and innovation and has brought the indelible sound and style of Gibson guitars to new heights of popularity and recognition over the last 30 years.

“It's an honor to be Gibson's first Global Brand Ambassador,” said Slash. “I've been working with Gibson since the early days of my professional career and playing Gibson guitars since before that. I'm proud of the creative relationship we've developed over the years.”

Slash joined Guns N’ Roses in 1985 in Los Angeles and quickly rose to international fame by the summer of 1987 with the release of the band’s debut LP “Appetite for Destruction,” which has sold over 30 million albums and become one of the best-selling rock albums of all time. Slash’s signature sound and epic solos were recorded with several of his favorite Gibson guitars, which introduced an entirely new generation to the power and passion of music delivered through those instruments. 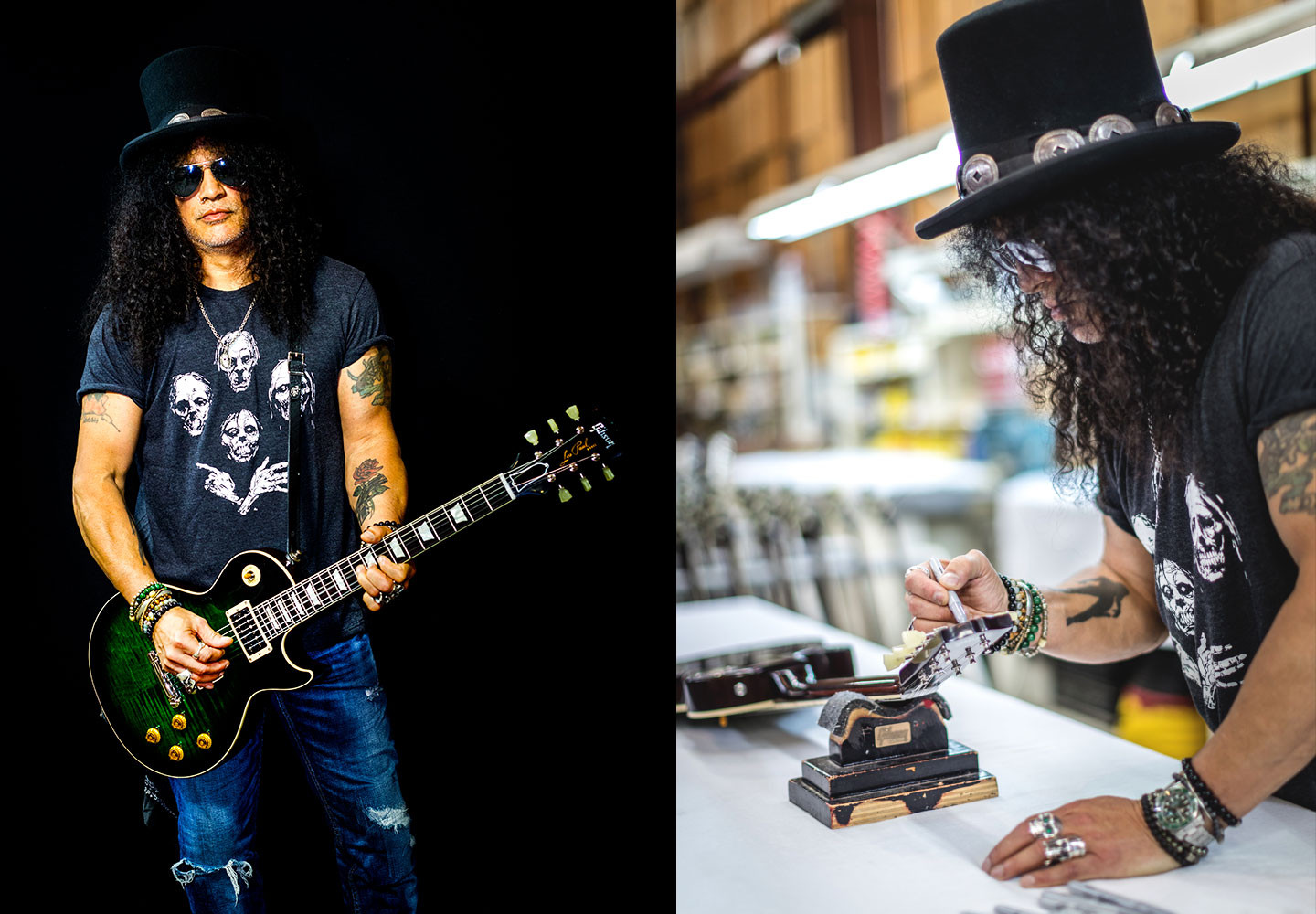 Over the past three decades, Slash has collaborated closely with Gibson and the company’s CEO, Henry Juszkiewicz on several projects including product development, marketing, live events and supporting charitable initiatives with the Gibson Foundation.

“We are thrilled to recognize Slash as Gibson’s first Global Brand Ambassador,” said Henry Juszkiewicz, chairman and CEO of Gibson Brands. “Slash embodies the characteristics of creativity, passion and excellence that are so closely aligned with Gibson and we are very proud of the friendship and mutual success we have shared together for over 30 years.”

Slash is currently on the Guns N’ Roses “Not in This Lifetime” world tour extending through November, 2017. 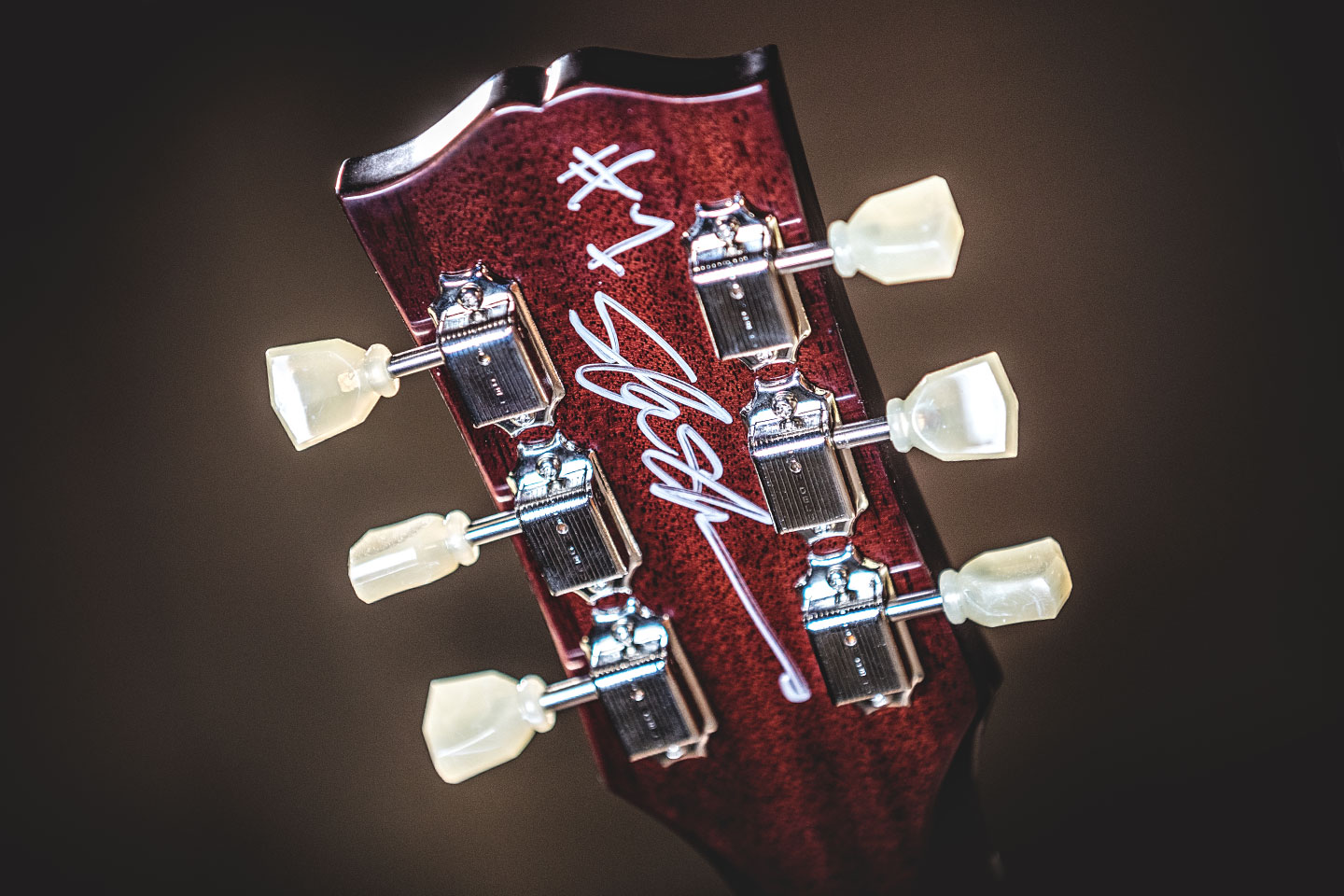 Slash at Gibson in Nashville! 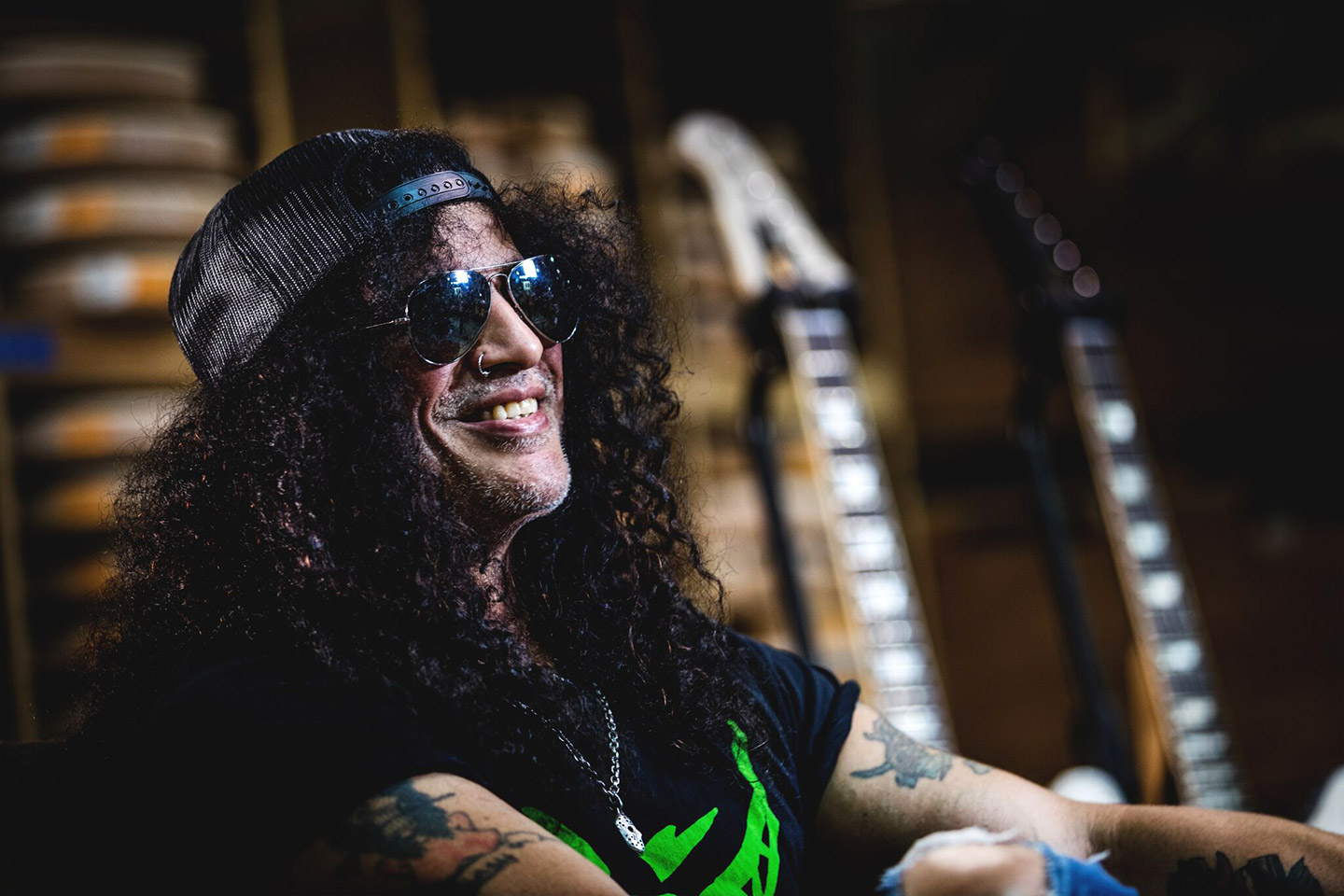 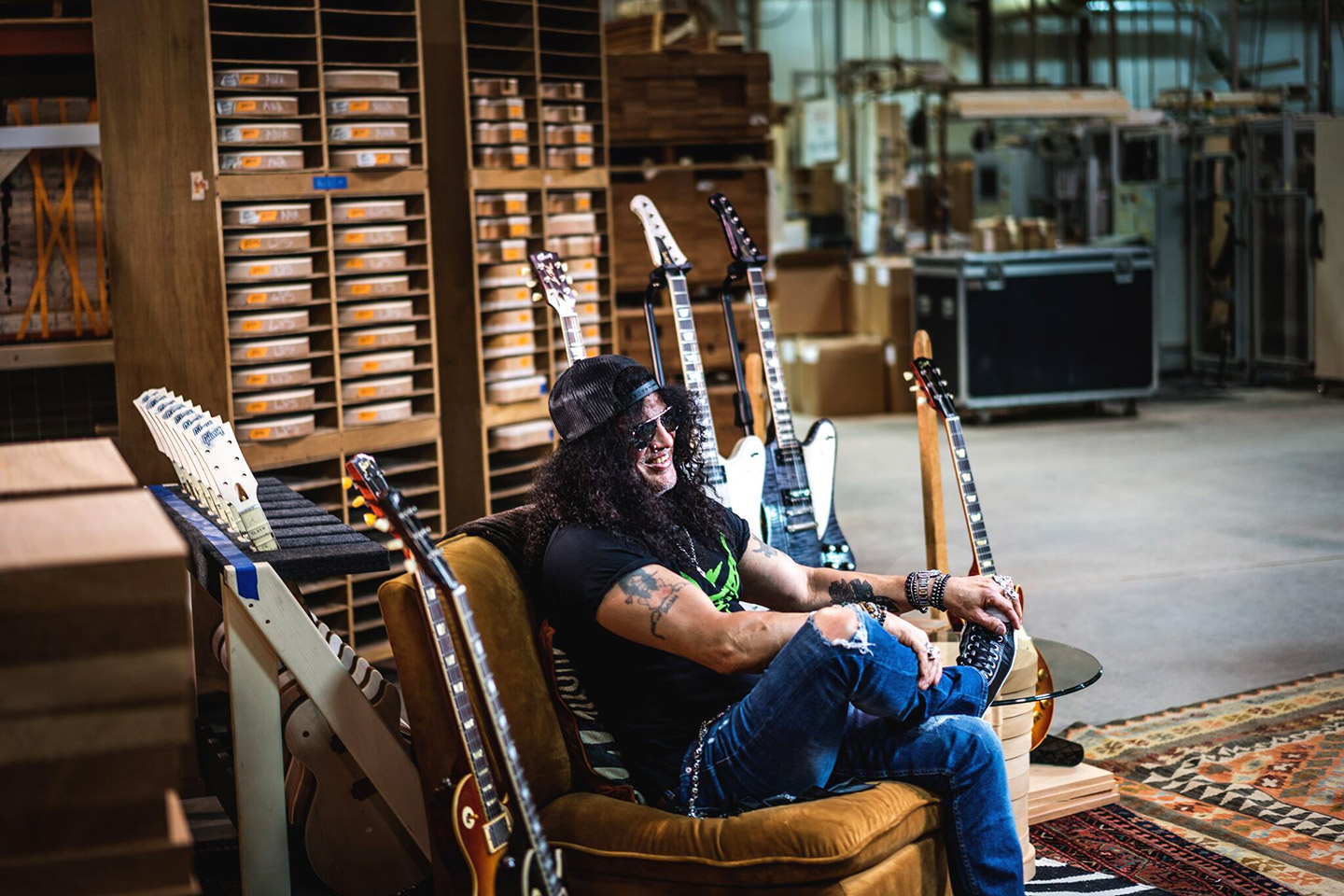 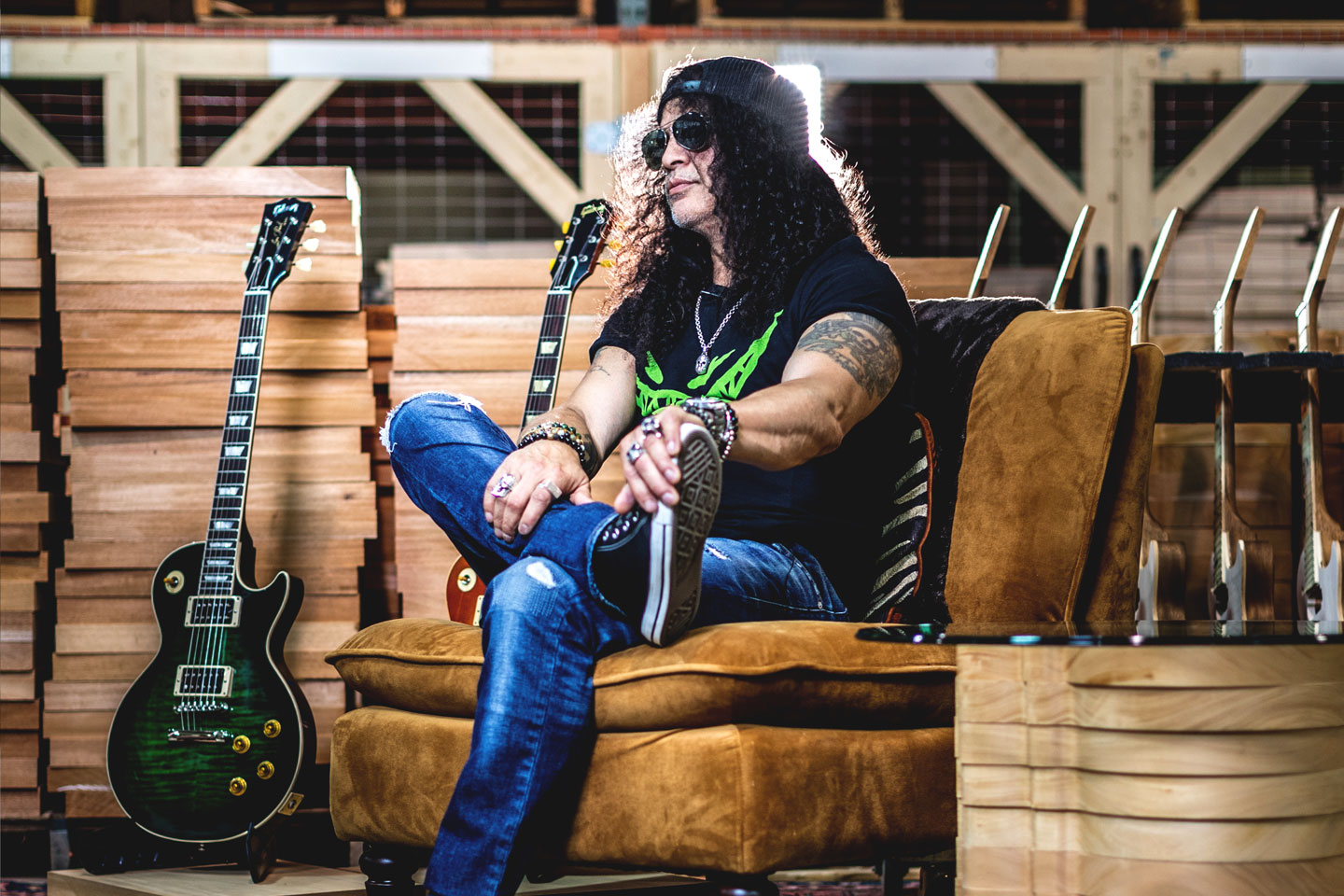 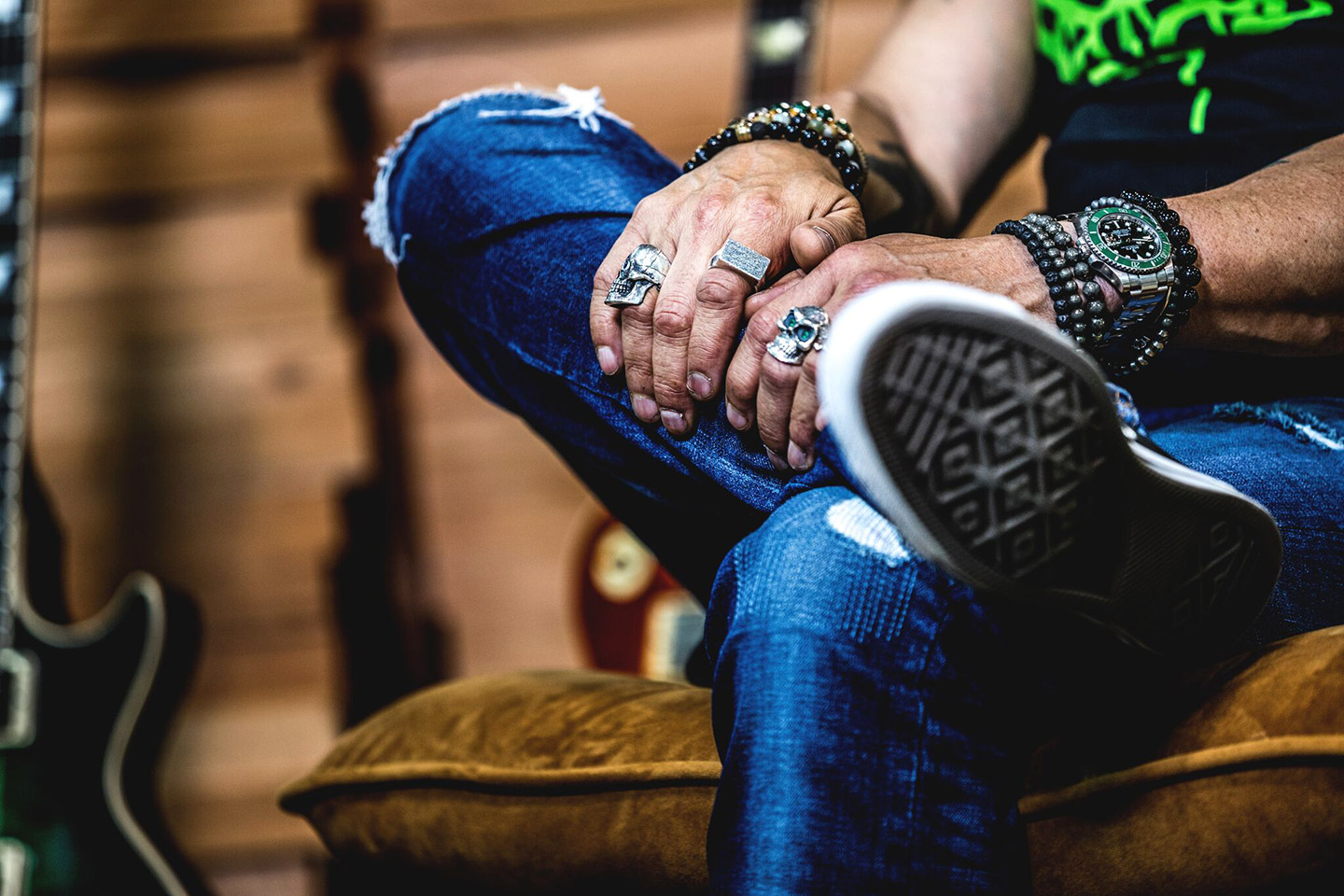 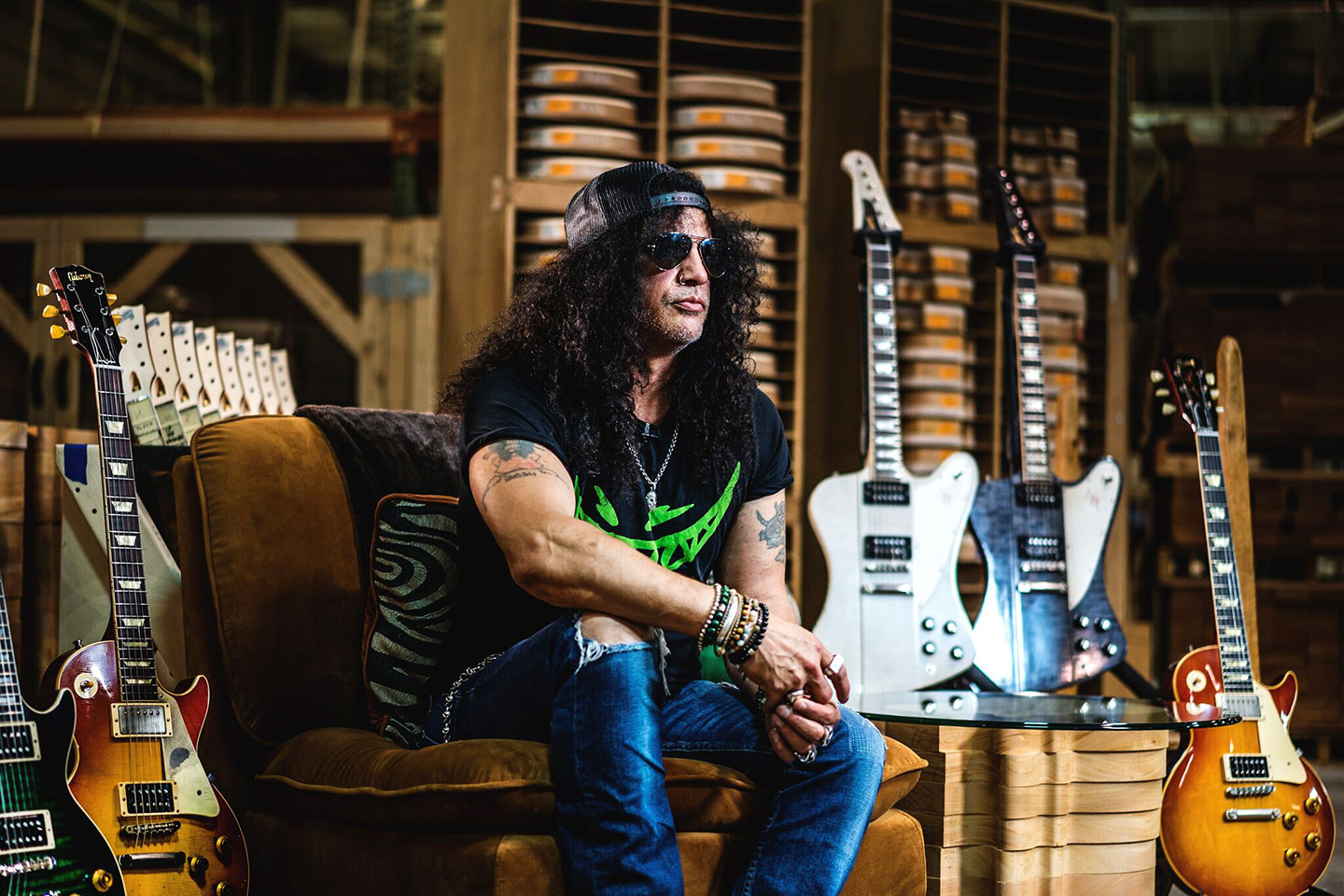 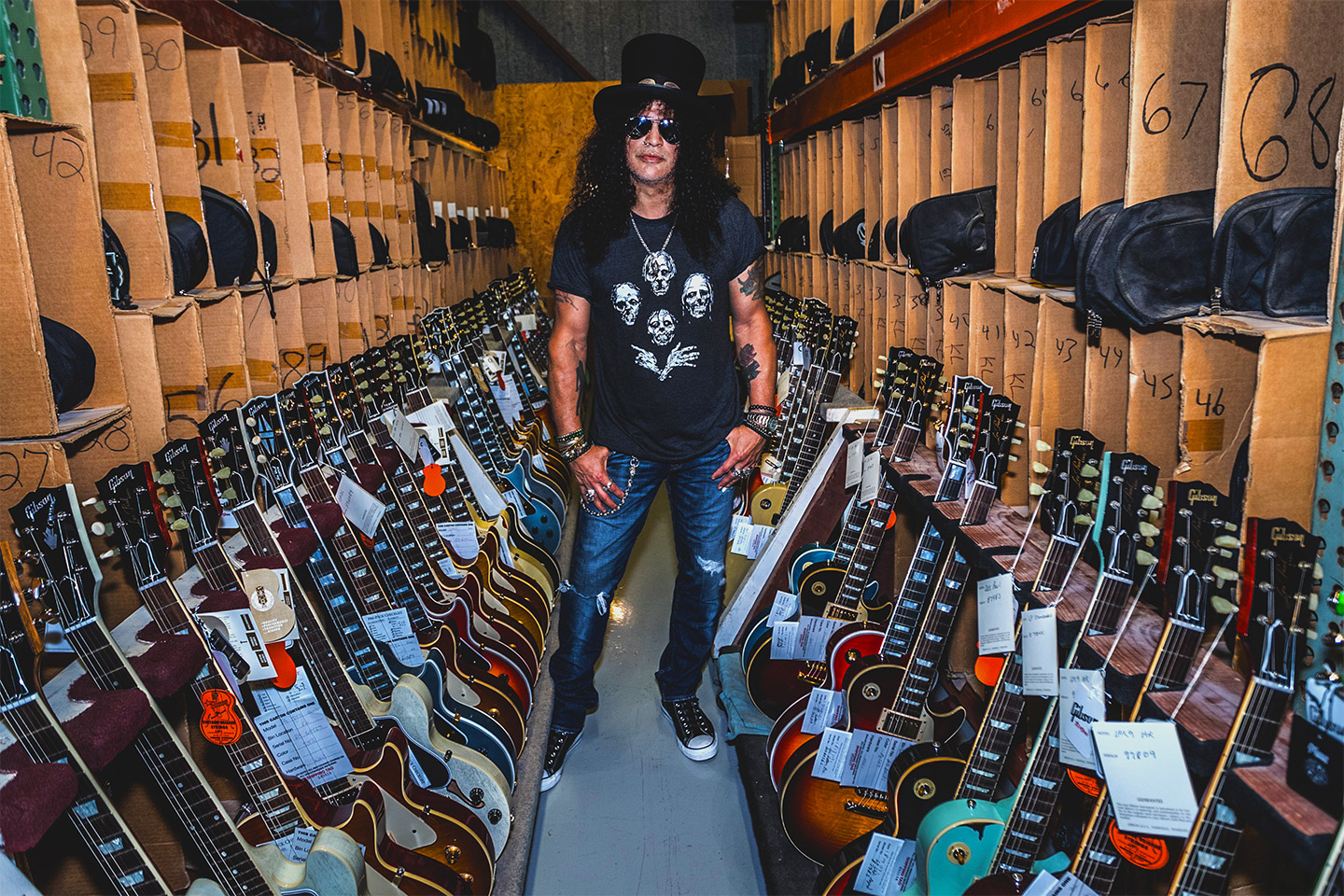 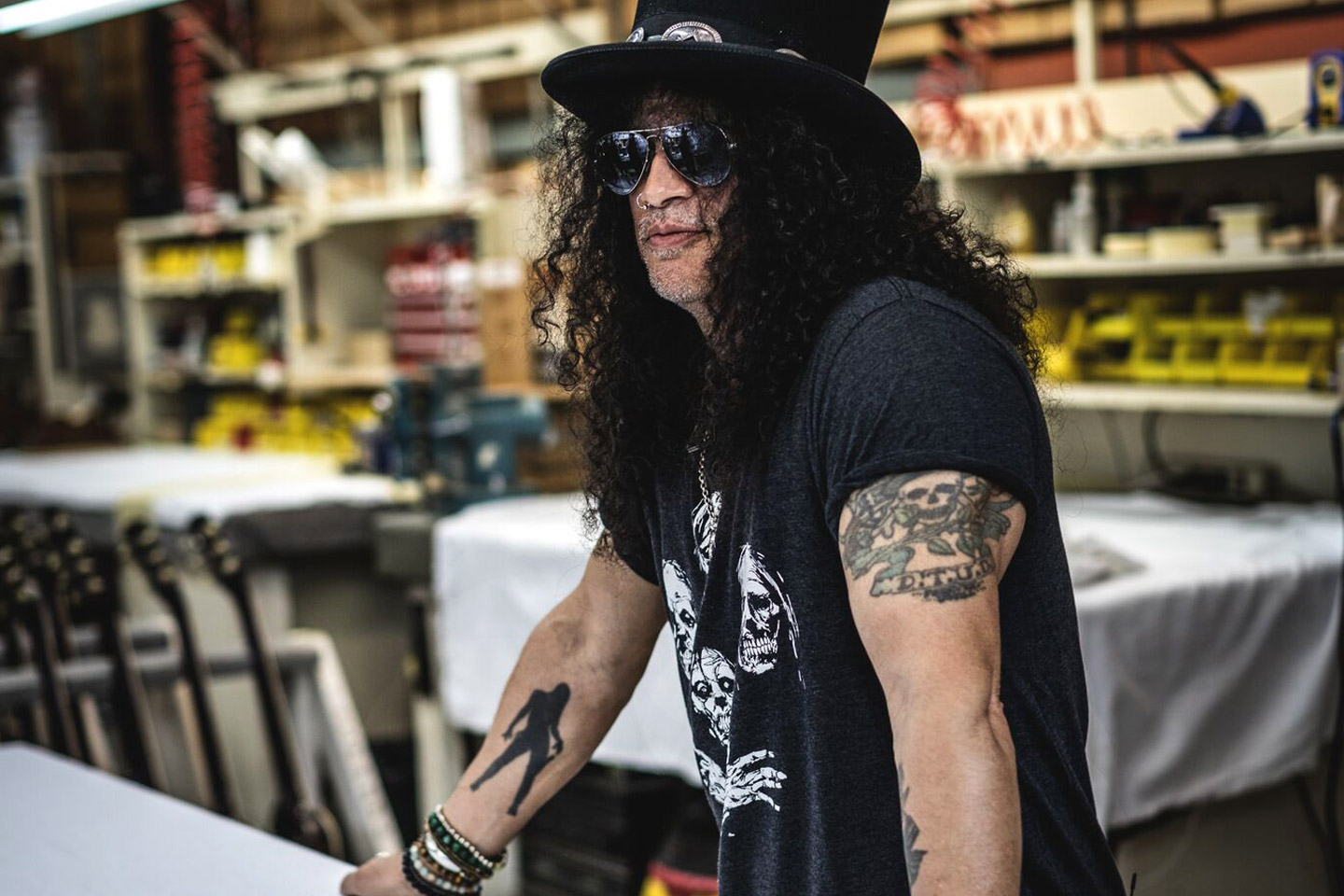 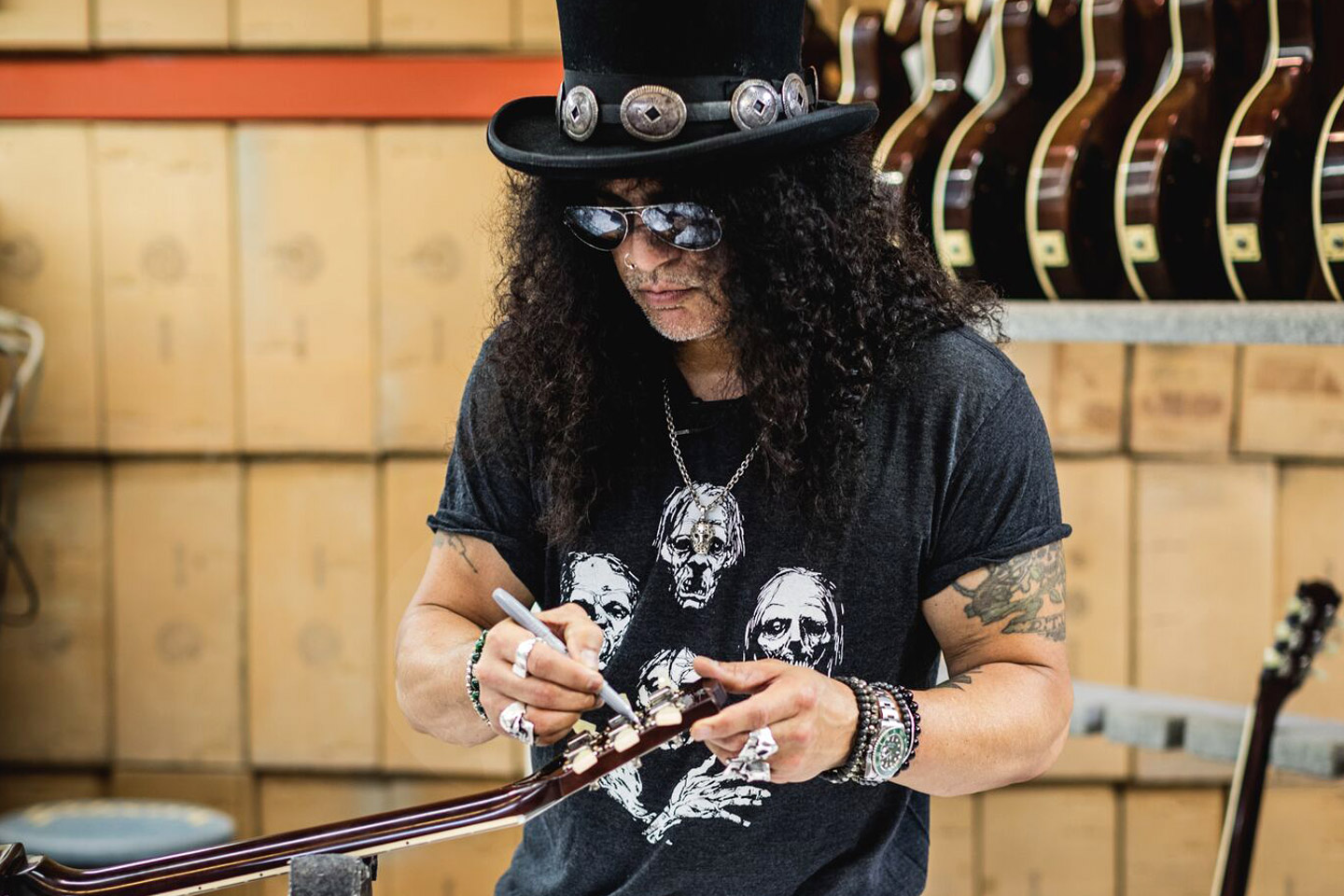 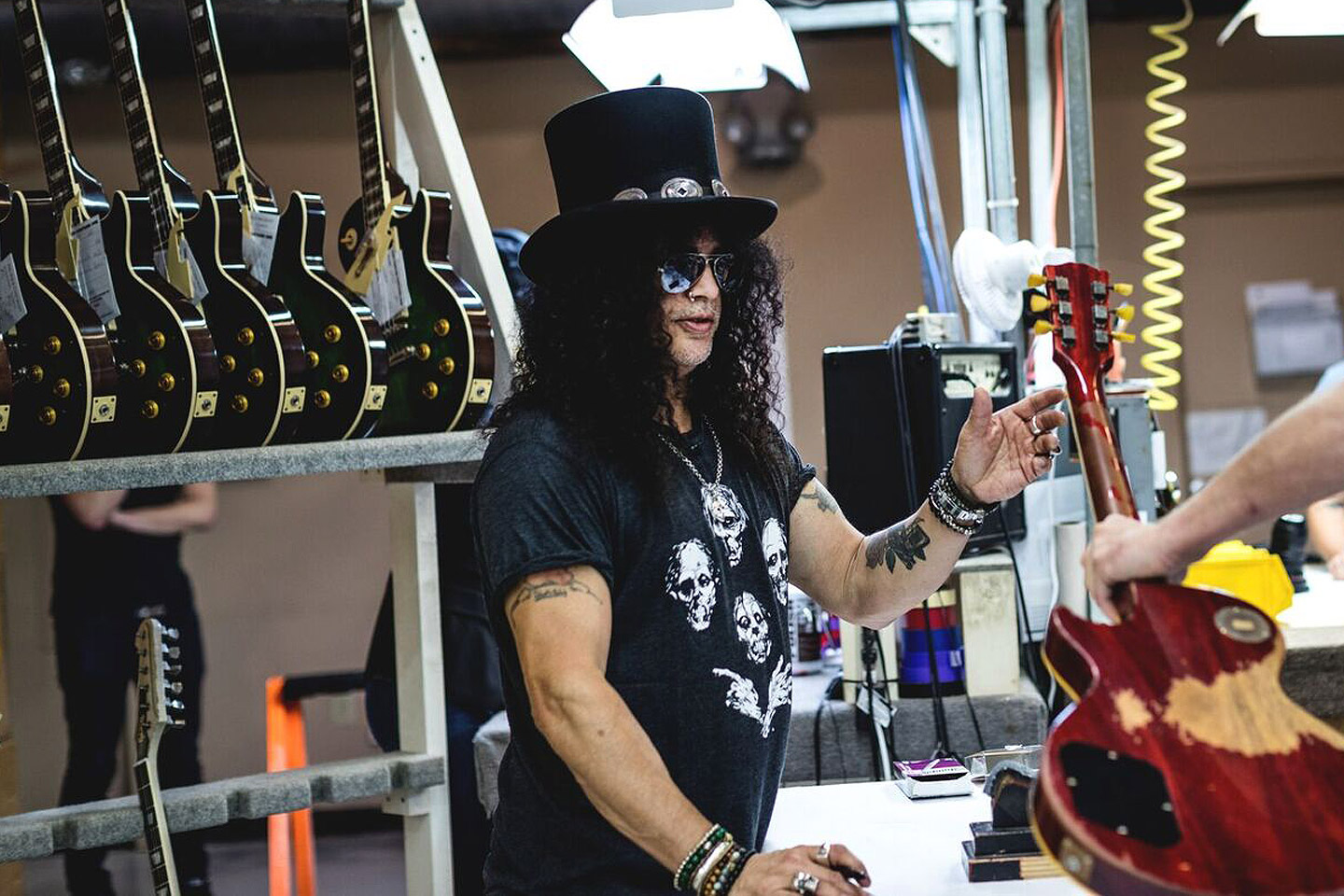 from Gibson Custom (Limited quantity - Aged and Signed by Slash)